Professor of Economics, University of Lausanne 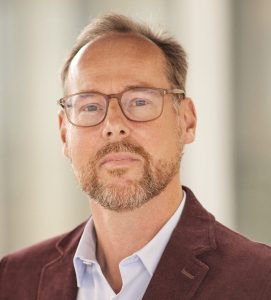 Mathias is also a CEPR Research Fellow in the international trade, macroeconomics and political economy programs and an elected Council Member of the European Economic Association. He is a Distinguished Scholar at IMD Business School.

Mathias Thoenig received his Ph.D. from University Paris-1 Sorbonne and his B.A. in engineering from Ecole Polytechnique. He has held visting and statutory appointments at International Monetary Fund, MIT, Queen Mary University of London, SciencesPo Paris, University of British Columbia and University Pompeu Fabra. He also served on the editorial boards of Journal of European Economic Association and International Economics.

His research interests include development, international trade and political economy of conflicts and migration. He has published and forthcoming papers in several international journals, including, among others: American Economic Review, Econometrica, Quarterly Journal of Economics, Review of Economic Studies, Harvard Business Review, Journal of European Economic Association. He has been awarded an ERC Starting Grant in 2013 for his work on the role of distrust and grievances in ethnic conflicts.