The volume co-edited with François Vallotton (UNIL) is now published online in the INFOCLIO series Living Books about History:

Exploring the material, visual, political, and economic functions of military media, a variety of approaches to the histories of media, war, and the military have emerged in recent decades. This seminar builds on this boom in scholarship by focusing on the archaeology of audio/visual media in the military. More precisely, it asks two interrelated questions. First, we would like to explore the ways by which we might avoid the artificial boundaries between media histories across the military, civilian, and corporate spheres, which are implicit in the very notion of “military media”. What archives and what historiographical and theoretical tools are useful to think about the entangled histories of the means of mass destruction and mass entertainment?

Taking a purposefully broad approach to the concept of “audio/visual” media to encompass media technologies such as television, radio, photography, cinema, and others, we further ask what an intermedial approach to the histories of media and the military might look like. What new venues for critical scholarship are possible if we think beyond “war and cinema”, “photography and war” etc. in order to analyze the “logistics of perception”such as it is sustained through the military media assemblage?

Specific topics could include: 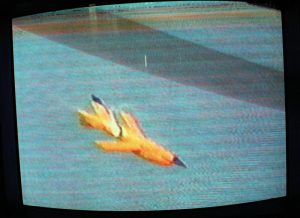 This paper analyses the meaning of newness in television history by focusing on the French film Télévision: Oeil de demain (J. K. Raymond-Millet, 1947). It argues that the film’s futurist depiction of television veils the medium’s longue durée, and exemplifies a discursive strategy to conceal most recent technological and institutional developments, in particular those linking French television to National-Socialist occupation. The novelty discourse is instrumental to mask the many continuities between the National-Socialist Fernsehsender Paris and postwar French television, and helps to conceive of television as new media unburdened by recent history. 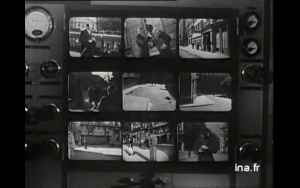