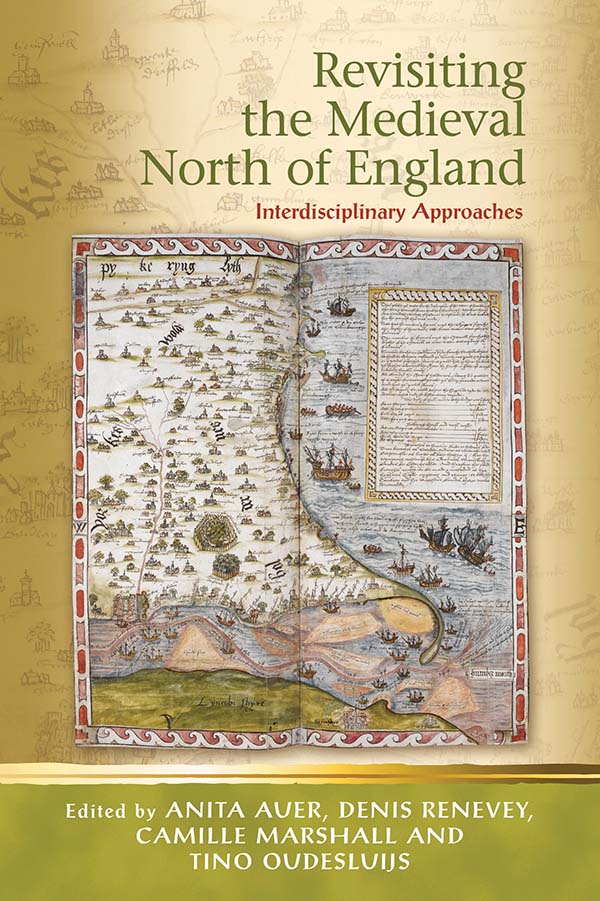 This inter-disciplinary volume investigates the contiguities and connections that existed between poetic and scientific ways of knowing in the medieval and early modern periods. The aesthetic aspects of medical texts are analysed, alongside the medical expertise articulated in literary texts. Substantial common ground is discovered in the devotional, medical, and literary discourses pertaining to health and disease in these two periods. Medieval and early modern theatres are shown to have staged matter pertaining to contemporary science, provoking and challenging scientific claims to authority, as well as political ones. Finally, the volume demonstrates how certain branches of learning, for example, marine navigation and time-measurement, were represented as forms of both art and science.

Renevey D., Whitehead C. (eds), A Companion to the Doctrine of the Hert: The Middle Translation and its Latin and European Contexts (Exeter: University of Exeter Press, 2010). The Doctrine of the Hert was the fifteenth-century English translation of De doctrina cordis, the thirteenth-century Latin devotional treatise addressed to nuns. The text progressively pairs the seven gifts of the Holy Spirit with seven key actions of the heart, leading readers toward contemplative unity with God. The text was a religious bestseller. It circulated widely throughout Europe between the thirteenth and fifteenth centuries and was translated into numerous vernacular versions.

This book consists of ten essays from an international group of scholars of medieval religion discussing the Middle English text alongside its Latin forebear, and other European vernacular translations (French, German, Spanish and Middle Dutch).

Despite its medieval popularity, The Doctrine of the Hert has largely escaped the attention of scholars until recently. Yet it has much to offer regarding our understanding of late medieval female spirituality. University of Exeter Press’s new edition (published June 2009) opens up the field by providing access to the text, and this companion further establishes scholarship on this text. The contributions to this volume are organised in a way that bear out the vitality of translation activity in the medieval period and the resourcefulness of modern scholarship in addressing the phenomenon of translation at large. No other period relies so heavily on this literary process to construct its cultural identity. Translations from Latin into the vernacular, or from one vernacular into another, or even from a vernacular into the Latin language, are just a few of the many forms medieval translation can take. The codification of the translation process as appropriation, transformation, or accommodation does not sufficiently emphasize the overarching curiosity and interest that motivates any translation activity. Rather, preceding the stages of appropriation and re-interpretation, it is positive inquisitiveness and openness towards linguistic and cultural difference that generate the production of a new text and the transference of culture from one sphere to another. Translation practice creates a dialogic exchange between cultures, it recognises difference and diversity, both linguistic and cultural, yet it also shapes its new product for the use of an audience or readership that is concurrently aware of the reciprocal need to participate in that exchange, in order to improve its own culture. It is that positive inquisitiveness which this volume emphasizes.

The volume initially addresses the way in which translators dealt with texts from the early medieval period. It then considers the phenomenon of bilingualism and the privileged relationship that England held with the continent, especially the Italian and French literary traditions. The third part of this volume tackles the problem of fifteenth-century religious translation in England and, to a lesser extent, France, and complicates it by showing its inevitable political implications. Understood more particularly as an act of cultural transfer, translation activity can also be considered beyond the linguistic process. The fourth part of the volume deals with several instances of translations from one genre into another, and from one media into another. The contributions to this volume provide some answers to conundrums in the theory and practice of translation encountered during the medieval period. They also point to new ways of considering this literary process, and by praising diversity and difference, they suggest a less traumatic way of reading Babel than is usually implied.

This volume sets out to bridge the gap between medieval andearly modern literary studies. It contains a selection of essaysby both distinguished experts and young scholars in eitherfield, and marks the foundation of the Swiss Association of Medieval and Early Modern English Studies. The contributions address the crucial issue of how texts engage with othert exts. They do so in a variety of ways, focusing on pretexts,paratexts, and marginalia. What emerges is an insight into the way texts shape identity – be it that of the author, the readership, or the texts themselves. This collection of essays by leading experts in manuscript studies sheds new light on ways to approach medieval texts in their manuscript context. Each contribution provides groundbreaking insight into the field of medieval textual culture, demonstrating the various interconnections between medieval material and literary traditions. The contributors’ work aids reconstruction of the period’s writing practices, as contextual factors surrounding the texts provide clues to the ‘manuscript experience’. Topics such as scribal practice and textual providence, glosses, rubrics, page lay-out, and even page ruling, are addressed in a manner illustrative and suggestive of textual practice of the time, while the volume further considers the interface between the manuscript and early textual communities. Looking at medieval inventories of books no longer extant, and addressing questions such as ownership, reading practices and textual production,Medieval Texts in Context addresses the fundamental interpretative issue of how scribe-editors worked with an eye to their intended audience. An understanding of the world inhabited by the scribal community is made use of to illuminate the rationale behind the manufacture of devotional texts. The combination of approaches to the medieval vernacular manuscript presented in this volume is unique, marking a major, innovative contribution to manuscript studies. Recent critical work upon medieval theological and devotional writings has identified a substantial body of work which can usefully be termed ‘vernacular theology’. Writing Religious Women: Female Spiritual and Textual Practices in Late-Medieval England addresses the question of female spirituality within this tradition by looking at devotional texts in which women play a significant role, either as authors, recipients, or subjects, and suggests that these texts participate in the expression of ‘female vernacular theology’.

The volume is organized around four main thematic interests: the influence of anchoritic spirituality upon later lay piety; Carthusian links with female spirituality; the representation of femininity in vernacular religious poetry; and the anchoritic, hagiographical and liturgical influences which underlie the textual representation of Margery Kempe. Writing Religious Women provides critical access to several little-known texts which form interesting connections with Carthusian spirituality; it also resituates better-known texts within the context of vernacular textual practice and production from which they have often been detached. This ground-breaking book is a sustained exploration of a fascinating period of cultural and religious history and contributes to the opening-up of a comparatively neglected area of medieval devotional practice.