Here are a few of the reasons why…

Mycorrhizal research is not different from most other lines of research in that the majority of researchers are located in north America, Europe or in other developed countries. Field trials using AMF inoculum have principally been conducted on many crops in temperate regions. Because of the types of soils in many of those regions, application of phosphate fertilizer is fairly effective. Because phosphate fertilizer has been relatively cheap for farmers in developing countries there has not been a great motivation to switch to commercial mycorrhizal inocula that have given variable, and often, not very spectacular results. This could change with increasing phosphate prices. However, this is not the case in many tropical soils, where exceptionally low phosphate levels, and phosphate retaining capacities, of the soils are so high that farmers have to apply huge amounts of phosphate fertilizer in order to just make small amounts of phosphate available to the plants. It is in the tropics where adding a concentrated, effective mycorrhizal inoculum could potentially bring about considerable savings for the farmers by decreasing the amount of phosphate fertilizer applications. That is why we try and use the technology developed in our lab-based fundamental research for applications of biotechnologically produced mycorrhizal fungi in tropical agriculture …. go to my pages about Colombia to see more about this. 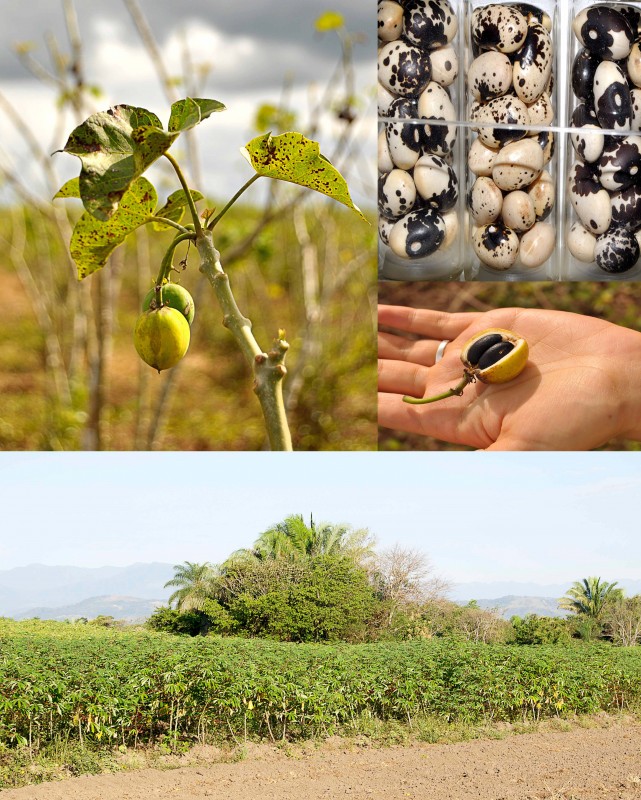 Culturing the fungi for commercial use

Mycorrhizal fungi are difficult to culture. At present, they can only be grown with plants. In most cases, mycorrhizal fungal inoculum is produced as a non-sterile medium, either soil or some other non-sterile substrate, which contains some fungal propagules (spores, hyphae, colonized root pieces). The fungi grow quite slowly compared with many other microorganisms and propagule number, in many products, is often not very concentrated. This means that large volumes/weights of inoculum have to be applied to crops. The large volumes of inoculum required, the costs associated with slow growth of a fungus that has to be grown with plants, and a product that carries other undefined microorganisms means that it is not necessarily a convincing alternative to inorganic fertilizers.

Some scientists now manage to produce AMF inoculum efficiently in a gel-based carrier that is free of other other microorganisms and that is highly concentrated. Such breakthroughs are necessary for AMF to be realistically used in large-scale agriculture. See Contact if you want more information or advice about biotechnologically produced mycorrhizal inoculum.

Mycorrhizal fungi are already present in most soils

All our globally important crops form the mycorrhizal symbiosis and AMF naturally live in most soils. So almost all crops naturally become colonized by mycorrhizal fungi. Most of the scientific experiments showing the very large growth effects of mycorrhizal fungi compare mycorrhizal plants with non-mycorrhizal plants growing in sterilized soil. But this is not realistic because in nature the crops are almost never non-mycorrhizal. So it’s a good question to ask whether it’s really worth adding more AMF. In some cases, particularly in tropical soils, it clearly is worth adding AMF as you can see on the following pages but it may be dependent on the amount applied – good quality concentrated and clean inoculum is needed.