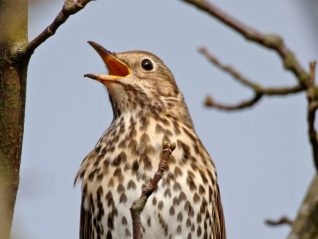 Amy’s doctoral thesis investigates the literary phenomenon of ‘new nature writing’, which has come into prominence in recent years. She considers selected texts by Robert Macfarlane, Jay Griffiths and Kathleen Jamie, in relation to past nature writing. She examines what their writing takes from the past and what ‘newness’ there is in their respective approaches. She aims to consider how their responses are suited to the particular conditions of our times, and address what the genre’s popularity might reflect about our contemporary relationship with the natural world in the age of the Anthropocene. She looks at how these three writers help push towards new ways of thinking about this relationship, considering how they expand the horizons of what writing about nature should involve and include today and open up perspectives and ways of seeing that are increasingly hybrid in scope. Her thesis looks specifically to this notion of hybridity, considering how their writing blurs boundaries between the human and nonhuman, and broadens the possibilities of language in order to offer alternative ways of knowing and thinking about nature. The focus on diverse perspectives and shifts in scale, the incorporation of ex-centric ‘voices’, and the attention to dynamic and diverse ‘natural’ locations in their writing provide new approaches to the dualisms that have often framed the way we think about the natural world. Through their reflections on questions of nature and culture both within a local and global context, she argues that these writers open up crucial dialogues within the greater environmental consciousness, and thus offer timely and urgent narratives for our current state of international ecological crisis.