What is this program?

The New American Studies specialization program is a 30 credit program that Faculty of Letters MA students can add to their Master’s study plan to acquire a 120 credit MA with specialization. The intention to take the SPEC program should be announced to the Decanat (and to us – Boris and Agnieszka) at the end of the first year of your Master’s. Ideally you would take this program after finishing your second branch and before writing your mémoire but this is flexible.

The program is open to students of the English Department or students with a BA in English, but students from other departments can apply and their demand will be considered. Also, students doing their MA in a sister university in Switzerland can come do the New American Studies specialization at UNIL.

Why is it called the “New American Studies”?

This program situates itself on the frontier of contemporary American Studies as the field is being reconceived and reconfigured from within in recent decades. More international and transnational, comparative, interdisciplinary, theoretically informed and politically engaged, the New American Studies eschews the exceptionalism of the “old” American Studies (as it was forged during the Cold War) and proposes to look at North America and its multiple cultures from a de-centered and comparativist perspective. 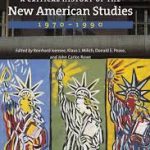 How does it work?

The program consists of an obligatory introductory course taught either by Boris Vejdovsky or Agnieszka Soltysik Monnet, and one other MA-level course in American literature and culture taught within the English department is required. 2 more credits are acquired at the end of the program by presenting an original research paper or your mémoire topic in a public colloquium (attended mainly by other MA students). The remaining 18 credits of the program can be earned by courses in American culture and literature offered within the English section or in other departments at UNIL (such as history, cinema, gender studies, sustainability, political science, or others), as well as partners at nearby universities (e.g. Geneva, Fribourg, Bern, Basel, Zurich, etc.). You can also bring back credits during your mobility OUT experiences abroad. 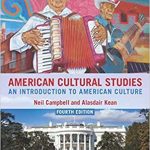 What will you learn?

The program is designed to initiate you into the key concerns and methodologies of contemporary American Studies, especially those known as the New American Studies, American Cultural Studies and International American Studies. The introductory class combines cultural theory, historical narrative, textual and rhetorical analysis, and approaches to visual culture. You will learn how narratives, tropes and myths are studied in relation to a national or transnational culture critique, and explore basic issues in African American culture, feminism and queer studies, decolonization, multiculturalism and identity politics, and cultural theory. 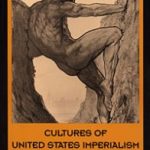 Who is it for?

This program is intended for anyone wishing to learn more about Cultural Studies methodologies for the exploration of gender, race, class, and cultural politics more generally, though an interest in the US and its role as exporter of popular culture, as multicultural contact zone and disseminator of multiple countercultures in the world would be helpful. Our approach is always critical and investigatory, seeking to understand how the US wields its cultural power and why its influence on world culture has been so paradoxical: both a toxic enforcer of extraction capitalism and white supremacy as well as a rich toolbox for resistance and revolt (e.g. Black Lives Matters, the MeToo Movement, Occupy Wall Street). In between these two poles lies a complex landscape of imagination, inspiration and cultural influence through literature, film, new media, visual culture, political movements, music, dance, underground subcultures, and gaming.

Two regular study trips are linked to this Master’s program: The Annual African American History and Culture Trip to Paris, and the Biennial Hemingway Society Conference.

Events and Conferences Linked to the Program

Check here for updates about planned events. At the moment, there are no dates for the autumn semester but there will be some events and lunchtime talks in anticipation of the coming election in November.

There will also be a colloque at the end of the semester, which anyone is welcome to attend. This is a presentation by a student finishing up the program and presenting an original research project or their mémoire.

Contact Agnieszka or Boris and the decanat of the Faculté de Lettres at the end of your first year of master’s in order to sign up for the fall program.